When we talk about the Middle Ages, we refer to a period that, conventionally, has its beginning with the fall of the Western Roman Empire, which took place in 476 AD (after the defection of Romulus Augustus by the barbarian general Odoacer) and its end in 1492, with the discovery of the American continent (the so-called "New World"), which instead gave rise to the modern era. 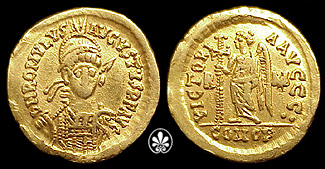 Image 1: Solidus of Romulus Augustus, celebrating the military victories of the Augustus

The end of the Western Roman Empire therefore led to the beginning of a new and unprecedented part of history, characterized by the meeting (almost never peaceful), and the subsequent union, of the Roman world with the barbaric one: in this period it had in fact the period of the so-called "barbarian invasions" begins, which took place within the territories of the Roman Empire; these are phenomena that have already existed for a long time, but it is only in this phase of history that they intensified until they reached their peak.
All this series of events and developments it is clear that it led to numerous changes and transformations; it is easy to think of changes concerning society, politics, religion, economy, and so on but, perhaps, it is less immediate to think of transformations also concerning elements used by a part of the population, the richest one; accessories that could embellish the appearance of a person, but not only, also act as social indicators, and as useful tools to represent and send messages (belonging to a political group, to a specific family, loyalty to a king, to a gentleman, their religious beliefs, and so on): let's talk about jewels.
The integration between the Roman and the barbaric world had therefore consequences also for these precious objects, whose use (at least of the most precious and expensive ones) was limited to a very small part of society: kings, wives of kings, dukes, counts, ecclesiastics of the higher ranks, particularly wealthy lay people, and so on.

It is precisely during the period of the Roman-barbarian reigns that the production of jewels reached its best results: this success came only with the compromise born between the primitive art of the barbarians and the classical and Byzantine currents, a union that led to a series of important and inevitable innovations.
Of particular interest, for the Italian area, is the result achieved in this field by the Lombards: this population, coming from Pannonia, settled in Italy towards the end of the 568th century AD (XNUMX AD - year of the first Longobard invasion into Italian territory ); being a nomadic people, they had a rich and sophisticated tradition in the production of these luxury goods. Image 2: Lombard Italy between the sixth and eighth centuries AD

Even before the descent into Italy, the main artistic expression of the Lombards was linked to the goldsmith's art, and it blends the original Germanic traditions with late Roman influences. The latter were acquired following their settlement within the Roman province of Pannonia (which took place towards the end of the XNUMXth century AD), where they found a fruitful alliance with the Romans, and from whom they were also able to acquire important knowledge on the art of making jewelry.
The crosses in embossed gold foil date back to the period of the Italian settlement, used as applications on clothing which, in the oldest examples, feature stylized but recognizable figures of animals, while later they are characterized by particularly intricate and complex plant decorations , intersected by zoomorphic figures.

During the seventh century, hand in hand with the intensification of the Christianization of the Lombards, the crosses increasingly took the place of bractate coins of Germanic ancestry, widely spread as amulets. The crosses that then replaced them maintained the same propitiatory value, as well as the Christian devotional one. Despite this, it is still possible to notice a certain maintenance of ancient ornamental elements coming from pagan mythology (sign of the passage from paganism to Christianity).
In the XNUMXth century the production of embossed gold foil crosses continued, to which the first examples of coinage and some seal rings were added, with shapes of human heads and Latin letters.
Other types of worked jewels are earrings, sheath seals in gold foil worked in the day scramasax (the typical Lombard sword, short and straight with a single edge), saddle seals, binding plates and reliquaries. 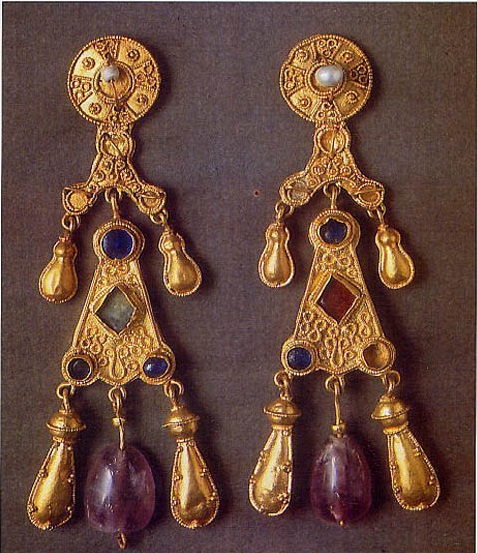 The domination of the Lombard people in the Italian peninsula ended with the arrival of the Franks, led by King Charlemagne (then not yet emperor), in 774 AD: all of northern Italy was conquered, along with much of the center and of the southern Italy (we must in fact exclude some territories remained in the hands of the Lombards and the territories belonging to the Church), and the Lombard kingdom became an integral part of the kingdom of the Franks, since then, under the guidance of the great Charlemagne, from there to shortly the first emperor after the Roman age.

A brief history of the Omega brand